A New Acquisition: "Qutub: Or, The Point"

I managed to buy a decently priced copy of Andrew Chumbley's "Qutub" from a friend. For those who don't know who that is, he was an occult writer known for his lavishly illustrated books about what is known as Sabbatic Craft. He died years ago at the early age of 37 and his books, which were already sought after and costly, skyrocketed in price as they were only printed in small batches one time. It's not uncommon to find copies available on Ebay or similar for up to $1000.

I've barely had a chance to look at the book (which, by the way, is my first of his) but it's clearly a challenging read. Written in the style of a long, continuous poem the concepts within are couched in heavily symbolic language and an affected writing style. The book itself is quite small, but clearly it's going to be a time -consuming endeavor to both read and comprehend it. 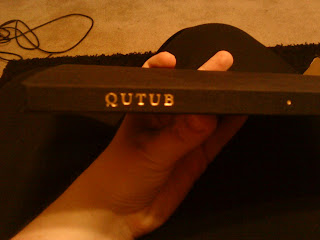 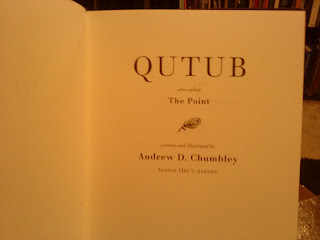