I bought an old favourite of mine from my childhood called "Witches, Pumpkins, and Grinning Ghosts" by Edna Barth. First published in 1972, I came across this book in my school library when I was around 10 years old (not in 1972.) It purports to be a history of various Hallowe'en symbols such as Witches, ghosts, pumpkins, owls, etc. Actually, the history in it is terrible: it claims that the ancient Celts worshiped a God called "Samhain"and that organized covens of Witches existed back to the Stone Age! However, it's still an enjoyable read and as a child it was HUGELY influential on me because of how it portrayed Witches. This book was the first I ever came across that discussed the idea of the Witch Cult as a Pagan fertility religion focused on the worship of a Horned God. Clearly taking a page out of Margaret Murray's books, "Witches, Pumpkins, and Grinning Ghosts"offered a sympathetic, relatively positive view of Paganism and despite its flaws did give a fairly accurate portrayal of magical practices and the origin of the Witch's  broom, cauldron, and familiars.

Prior to this book, the only Witches I'd managed to read about had either been portrayed as fictional or Satanic. To find out that there was (by this time, anyway) a Pagan religion based around Witchcraft that offered a more joyful and organic alternative to Christianity was  a huge "ah ha!" moment for me. This was one of the first times that my own feelings and beliefs had been validated, and I cannot overemphasize the effect this had on me. The rest of the book, which goes into detail about owls, toads, and cats as well as the history of trick or treating, is also a fun read. Above all, the book is very atmospheric and is definitely a good one to read in the Hallowe'en season.

I've been spending a lot of time recently tracking down copies of the first Witch books I came across as a young person, and I'm finding that I was very lucky to have come across the works I did. Such books definitely had a huge influence on me, and to this day I still draw upon the spirit of them even if some of the history wasn't always the best. 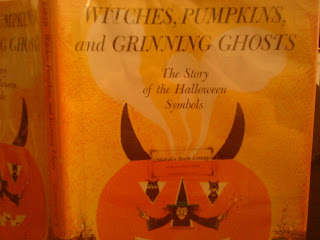 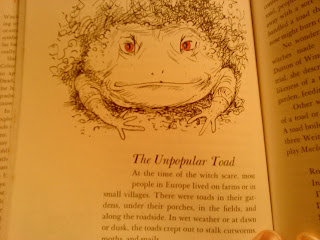 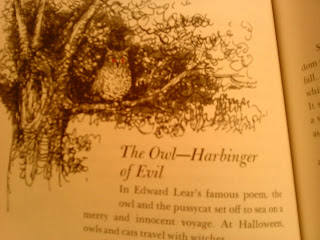