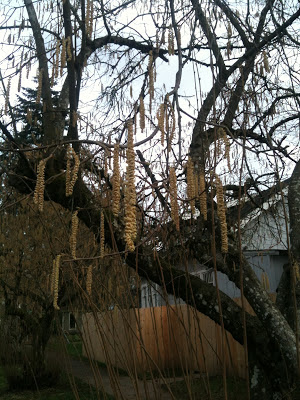 Followers of my blog will well know my love of trees; the magic and folklore of trees is my big area of study, and I have wood from almost all of the main "faery" trees. I also have quite the wand collection and have them from many different woods for many different purposes. In my old home in Texas, however, it wasn't easy to come by the "best" wands woods of Hazel, Blackthorn, and Elder. In my new home, however, such trees grow all over the place and can be found in backyards, public parks, and even by the side of the road.

You can imagine my joy, then, when during my walk last week I happened across FOUR Hazel trees one street over from my new house. Even better, they had just been pruned and there was a large pile of wood that I helped myself to. Hazel is considered to be the "best" wand wood, but it's not available commercially and is quite hard to come by.

Hazel has a long history of both magical and mundane use. The nuts of the Hazel tree, of course, are edible and are used for food by both man and beast. The wood is both strong AND flexible, and was woven together to make mats that are the framework of the wattle-and-daub homes in England and elsewhere. In olden times, a wand of Hazel was a symbol of power and authority and was wielded by kings and tribal chieftains. The most notable use of Hazel, though, was for its powers of divination and prophecy. Hazel is supposed to be the best wood for dowsing, and it especially useful for finding underground veins of water. In addition, the nuts are used for divination rituals performed on Hallowe'en, where a Hazel nut was placed by the fire and its movements (either shriveling away or popping loudly) were thought to indicate one's future spouse or sweetheart. There is a very old Irish legend concerning a magical well surrounded by Hazel trees, who's nuts grant wisdom to those who eat them. The nuts fall into the well and are eaten by the salmon that live within, and those salmon were thought to give those who ate them the gift of wisdom and insight. Additionally, the famed grimoires such as the Key of Solomon suggest a wand made of Hazel or nut wood. Tradition tells us that nut and fruit trees make the best wood for magical tools, probably because they "create" something on their own.

There won't be any Hazel nuts until next Autumn, but right now the trees are covered in long fuzzy catkins and are highly visible. I'm going to go on a Hazel scouting expedition this weekend and see if I can find more trees. In the meantime, though, I have enough wood to make several wands AND a small Stang, though it will have to dry for many months before use. I'm attaching a few images of the Hazels that I found, and I hope they will make it a bit easier to identify the tree  if you are not familiar with it. 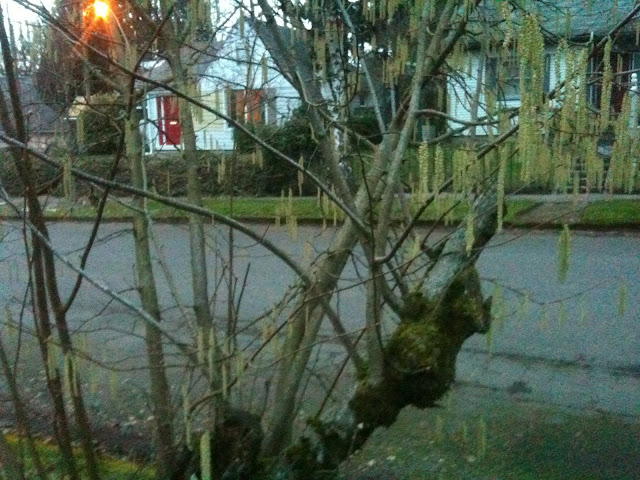 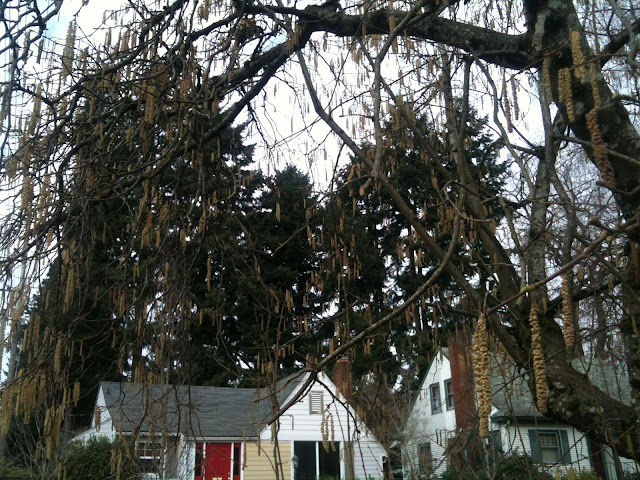