In case you don't know, November 11th through the 13th will be the Folk Magic Festival  in New Orleans.  There will be loads of presenters, cemetery tours, astrology workshops, and lectures on various Conjure techniques and topics.  While this isn't strictly my field of practice (I do use some Hoodoo-flavoured magic, but as a Pagan Witch I generally stick to European magical methods) it's an area I'd like to learn more about.  I have a special love for candle magic, which I'm sure is something that'll will be covered.

Living in Texas, New Orleans is within driveable distance, though I know my rickety old car wouldn't make it. I'll be exploring alternative ways to get there, assuming I think I can go.  I really hope I can make it, as I'm trying to meet with more people and get more hands-on demos, instead of just doing the same old thing I've been doing for years.

In other news, I made the BEST dinner tonight.  For whatever reason, I was in the mood for nothing but veggies, so I baked a potato and made corn on the cob. The potato got butter, sour cream, cheese, salt and pepper and the corn got butter and salt and pepper.  SO good.  I need to start cooking more again. 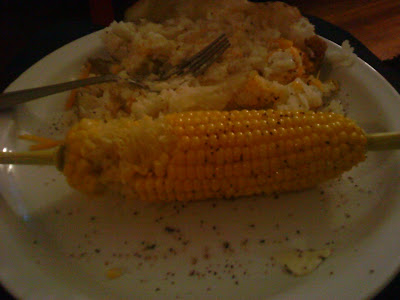