To all my friends, I hope you have/have had a wonderful and magical holiday.

In other news, I am still in love with my new book purchase, "The Witchcraft of Dame Darrel of York." I've been a lazy goose and haven't done the pictures I promised yet, but I'll get them up in a day or so. So far, so good...the book is amazing, and full of interesting tidbits and stories (including one in which "Yuell" saves a town from a were-wolf type creature.)

I also bought and read a copy of the book, "Lammas Night." If you don't know, it's the semi-fictionalized tale of English Witches and other magical practitioners, working together to magically repel Hitler (who's portrayed as an evil magician in the book, which considering his interest in the occult might not be far from the truth) from invading the shores of England. I was surprised at what a wonderful work it was, and I actually found myself tearing up at several points. Highly, highly recommend. 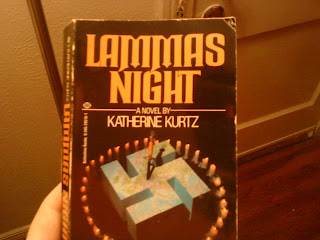 The Witchcraft of Dame Darrel of York

I just ordered this today, and am SO excited. Written by Charles Godfrey Leland, best known for putting together "Aradia: Or, the Gospel of the Witches," this book is, as the publisher's site explains, "an imaginative recreation of how witchcraft was practiced in medieval England." It's a beautiful facsimile edition, complete with a red cover, gilded pages, and Leland's copious illustrations. Here's a link to the review I mentioned, and of course I'll be posting pics and a review just as soon as I get the book in (which should be this Friday.)

The Witchcraft of Dame Darrel of York
Posted by H.A. Blackthorn at 7:28 AM 2 comments:

The Harvest Moon, and a Moon Prayer

Today is the Harvest Moon, which is the Full Moon closest to the Autumnal Equinox (the equinox this year falls on September 23rd.) Traditionally, the name "Harvest Moon" comes from its association with farming; because the Moon was felt to rise early at this time, there was not a period of darkness after sunset, and the Moon's light was able to help farmers work longer. Of course, the Autumn Equinox itself is celebrated by many Witches as one of the harvest Sabbats.

I thought I'd include here one of my favourite prayers to the Moon. Composed by Doreen Valiente, it definitely catches the feeling and power of this magical time. I'll be using this evening's Moon to craft more holy water, as well as for some spellwork and general celebration. I hope everyone has a wonderful Harvest Moon!

"Invocation of the Moon Goddess"
Diana, Queen of Night,
In all your beauty bright,
Shine on us here.
And with your silver beam,
Unlock the gate of dream,
Rise bright and clear.
On Earth and Sky and Sea,
Your magic mystery,
Its spell shall cast.
Wherever leaf may grow,
Wherever tide my flow,
Till all be past.
O Secret Queen of Power,
At this enchanted hour,
We ask your boon.
May Fortune's Favour fall,
Upon true Witches all,
O Lady Moon!

-Doreen Valiente
Posted by H.A. Blackthorn at 4:16 PM No comments:

Unfortunately, I've been quite ill this week, and haven't been keeping up with the blog the way I'd like to. Hopefully, I'll be doing better over the next few days and can be back on track. I've got some interesting new recipes I want to share, as well as a posting I'm working on called "Craft or Religion" that details my feelings about the nature of Witchcraft.

Day 7 of 44 Days of Witchcraft: The Element of Air

The Element of Air. I've always loved a good, windy day......especially when it's chilly and grey outside. I confess, I'm very much a story-book Witch in that I would love to live in a big, spooky house where it was always windy and dismal out. It's not that I don't like the occasional sunny day, because I do, but in general I'm quite bookish and prefer to snuggle under a blanket with a good book, than I do prancing about outdoors. Also, the bright sun hurts my eyes, so clouds and wind are easier on me.

Anyway, I digress. A gentle breeze is fun, but living in the South, I've also seen the darker side of Air. Tornadoes are of great frequency in Texas, where I live, and last year I personally saw one as it tore through my city. Fortunately, nobody was killed, but other places weren't so lucky and suffered massive death and destruction. Of course, tornadoes (and nothing in nature, for that matter) are not "evil;" they just ARE, though at times they can appear "bad" because of how they impact humanity. Indeed, I think tornadoes have a kind of haunting beauty, and I would very much like to be involved in one of those "storm chases" as long as I felt I was with trained people who could guarantee a reasonable amount of safety. I'm actually pretty scared of storms, though, and would probably freak out!

Anyway, for my picture of "Air" I thought I'd do a tornado. This is the tornado I saw which I mentioned earlier, though I did NOT take this picture myself. I would only see the top part of the funnel from my vantage point. Day 4 of 44 Days of Witchcraft: Picture of The Element of Water


Today's Element of Water day, and I'm posting a FEW pics of my own. A few years ago, I took a trip up to New England and drove up the Maine, and snapped some images of the coast along the way. It was in March, so it was still snowing in places, but the ocean was as beautiful as ever. I love, love, love the coast and wish I had a house by it. Perhaps one day, I can have a little house somewhere in Maine, like the beautiful one in The Whales of August. 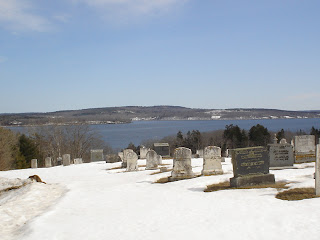 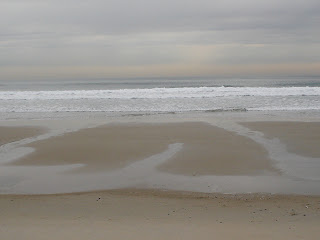 And here's one last one, from a trip I took to North Carolina: 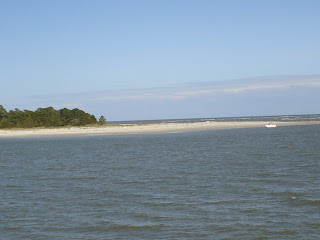